Women And Alcohol Abuse – The Secret Lives Of Female Alcoholics 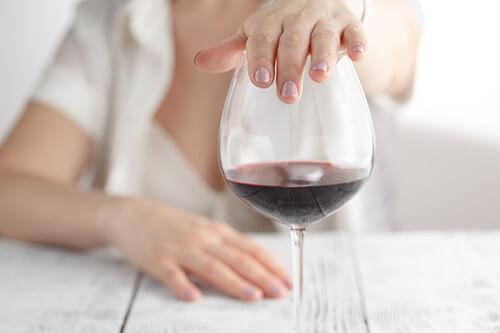 Alcoholism is a disease that affects countless people all over the world. It has the power to destroy lives, break up families and kill. Despite the fact that it is so prevalent in American society, many do not know that there are many distinctive issues that face women specifically.

The number of women abusing alcohol is on the rise. And the signs of addiction are far more subtle than you might imagine. Drinking, even in small amounts, affects women differently than men. And heavy drinking, in some ways, is much more risky for women than it is for men. The effects of alcoholism has on women range from higher death rates due to suicide, accidents, and other health related issue – more than twice the rate of men.

Recent studies have shown that in the United States, it is estimated that more than 5 million women habitually drink more alcohol than is healthy. This threat to their health and well-being is a problem of national consequence as it inevitably endangers the health of their children, their families and others with whom they come in contact.

Women tend to come to addiction via different histories and mechanisms than men. For one thing, women suffer emotional and physical abuse in far greater proportion than men do. For another, it is not unusual for women to sublimate their desire to act out more than men do. For this reason, addiction for women is typically a solitary activity-one fraught with the shame and psychic pain associated with depression, anxiety, and poor self-concept.

Here is a program by the National Institutes of Health which features narratives of seven women recovering from problems associated with alcohol abuse. These stories make it clear that it’s possible to miss danger signs and that social drinking can become problem drinking, which in turn can evolve into addiction.If you have been yearning for alcohol abuse treatment that truly suits your needs as a woman, do not hesitate review Creative Care’s website to learn more about our diverse treatment approaches, therapies, and professionals we make available. When you are ready to make contact, call us at 1-800-832-3280, we are ready to help.