The Value of Art Therapy 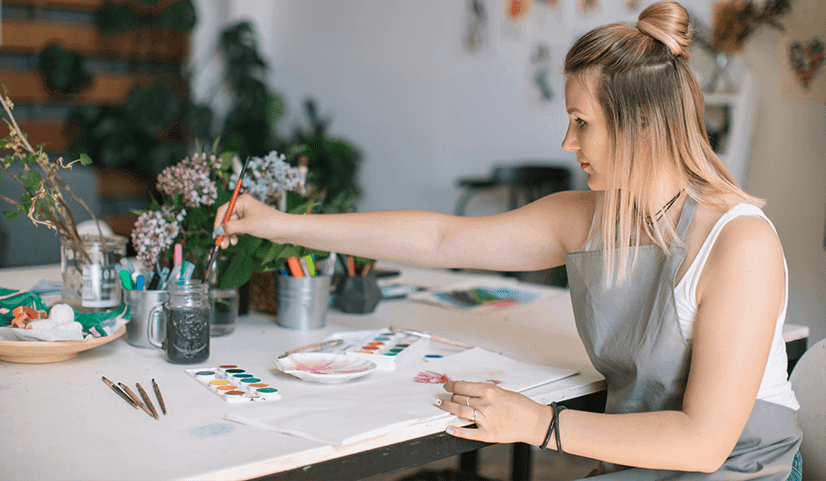 According to the Art Therapy Association, “Through creating art and reflecting on the art products and processes, people can increase awareness of self and others, cope with symptoms, stress and traumatic experiences; enhance cognitive abilities; and enjoy the life-affirming pleasures of making art.”

Truer words were never spoken. The therapeutic value of art has been used in various forms of rehabilitation for centuries, aiding the process of healing all manner of physical and mental illness and disorders. However, the use of art in drug treatment programs is fairly new, but the results are uniformly powerful. One of the primary reasons for its effectiveness is the fact that the main creative process of art is by and large, non-verbal. During treatment, most addicts spend a large part of their time attending and participating in various process groups and therapy, heavily involved in the verbalization of past recriminations and more importantly, realizing and accepting the state of their addictive behavior… and hopefully, finding their way out. These are the cornerstones of treatment, and they are tougher for some than others. Art is based on creative expression and self-expression that many may find easier than a verbally-based format.

As a counselor at a Southern California treatment facility, I was able to witness all manner of transformations that were certainly influenced by the creation of art. One case was particularly inspiring. A young man named Paul was admitted to the program after a lengthy run on methamphetamine. He was 19, extremely non-verbal, angry and physically and emotionally sick. Getting him to participate in process groups was like pulling teeth. His posture during counseling and therapy sessions said it all: arms folded at the chest, feet tightly crossed, and his face was either lost in a thousand-yard stare, or complimented with a clenched jaw, anger written all over his face. Open to the process of recovery? Not really…

Paul was required to attend all of his first level groups, which he generally did, although with some difficulty. Upon beginning his art therapy groups, he showed no real interest, and also claimed that he’d never drawn a picture since first grade. I confess here that I bribed him into attending these groups with a cigarette before and after. According to Paul, art therapy was ‘the lamest excuse for a group’ he’d ever seen.

After a couple of sessions, I could see something begin to happen. He started opening up, slowly at first, and than progressed to really participating actively in his recovery. He got an NA sponsor, and was beginning to repair a relationship with his parents that seemed hopeless upon admission. According to Paul, art therapy, it seems, was what unlocked the door. I asked him about it, and he confessed that he really wasn’t sure what art ‘was all about’, but when he was shown that the world of tattooing was based in art, he saw some merit in it. What was important here is that he was able to relate art to something that he had regard and admiration for. His drawings were not of any notable skill on an artistic level, but that wasn’t important. They were, however, emotionally-charged and powerful, and he relished the opportunity to explain what they were about in groups.

According to British Artist Adrian Hill, the author of Art Versus Illness, the value of art therapy lies in "completely engrossing the mind (as well as the fingers)…releasing the creative energy of the frequently inhibited patient", which enabled the patient to "build up a strong defense against his misfortunes".

As for Paul, he never became the tattoo artist he thought he might become…but he is currently in his 4th year of sobriety. And he quit smoking.