Heroin Addiction and the Vietnam War 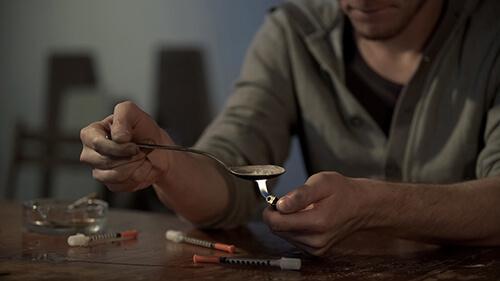 During the 1960’s and early 70’s America’s involvement in the Vietnam War had unexpected consequences. Thousands of U.S. Army personnel returned home with debilitating opiate habits. Part of this was due to the accessibility of the drug in Southeast Asia, and part was due to the overall misery of the conflict, which dragged on for an inordinate amount of years. In order to understand the epidemic and its fallout, one has to first have a general understanding of heroin trafficking prior to the war.

During World War II. Heroin traffic was nearly eliminated due to various trade disruptions caused by the war. Japan’s war with China cut many normal trade distribution routes, and the war had generally interrupted the traffic of opium. After the war the mafia took advantage of the postwar Italian government and set up heroin processing labs in Sicily. That city’s location along the historic opium route Westward into Europe and eventually the United States was also a factor. The victory of the communists in the civil war in China effectively ended international opium production the late 1940’s.

In the 1960’s and early 70’s the anti-communists Chinese Nationalists settled near the Sino-Burmese border and Hmong tribesman in Laos. This helped develop the infamous ‘Golden Triangle’ production region, which supplied about one-third of heroin consumed in the U.S. after the withdrawal in 1973. But during the war, there was plenty of opium and heroin in Vietnam for both the population and the United States military personnel.

Patrick L. is a Vietnam War veteran. At 70-years old, he is already using a walker and appears a little disenfranchised from life in general. He spent nearly 40 years on Methadone, and he blames this not only on himself, but the Vietnam War as well. His first deployment was in 1970, and he went back for three other tours. “During my second tour,” he recalls “I started using dope over there; nearly everyone in my company was.” The escape from the daily terror and strain was easily countered by heroin. “It’s pretty much how it looks in some of those films, especially Full Metal Jacket.” Not only was daily survival a goal, but dealing with the deaths of many of his fellow soldiers – some of whom he went through basic training with – was something he had to get through.

The availability of the drug was staggering. “You could just buy it by the roadside”, Patrick recalls “there were every kind of drug and alcohol for sale: American beer and hard alcohol, but also grass, pills of every kind and harder drugs. In several provinces, you could buy pure, liquid opium in a large vial for about $10. We just used to dip cigarettes and joints it. This was more than you could use in a month, even if you had a serious habit, which I eventually did.”

During leave, when he came home, he usually managed to bring back enough vials to keep his habit fed. “Before I came home for the last time in ’73, people told me that there was plenty of dope in the states. I had planned to quit, but it didn’t work out that way…”

Many soldiers brought back enough supplies to feed their habits, but also to go into business as drug dealers, but for guys like Patrick, it wasn’t so easy. “I certainly brought some back with me from my last tour, but it only lasted a few months. The stuff on the street here in L.A. was extremely weak, compared to what we were using over there,” he recalls. The next several decades were a reoccurring nightmare of drug detoxes, treatment programs, flat-out addiction and methadone maintenance. “I’m not one of those guys,” he states firmly “that dumps on the government and the V.A. for all of my problems. These were indeed my problems, and I made ‘em happen and get out of control. I will say though, in all honesty, the help I got in the 70’s left a little to be desired.”

Finally, in 2009, Patrick got completely clean. Today, he donates a lot of time towards helping veterans of the Afghanistan conflict get clean and deal with PTSD. “There’s a lot of young people out there coming back from Afghanistan with prescription drug issues,” he states “as well as depression. I think that the Veterans Administration is helping these kids a little better than I was treated in the late 70’s, but for some of them…they need to speak with someone who’s been in their shoes, so I’m very grateful to be able to help.”